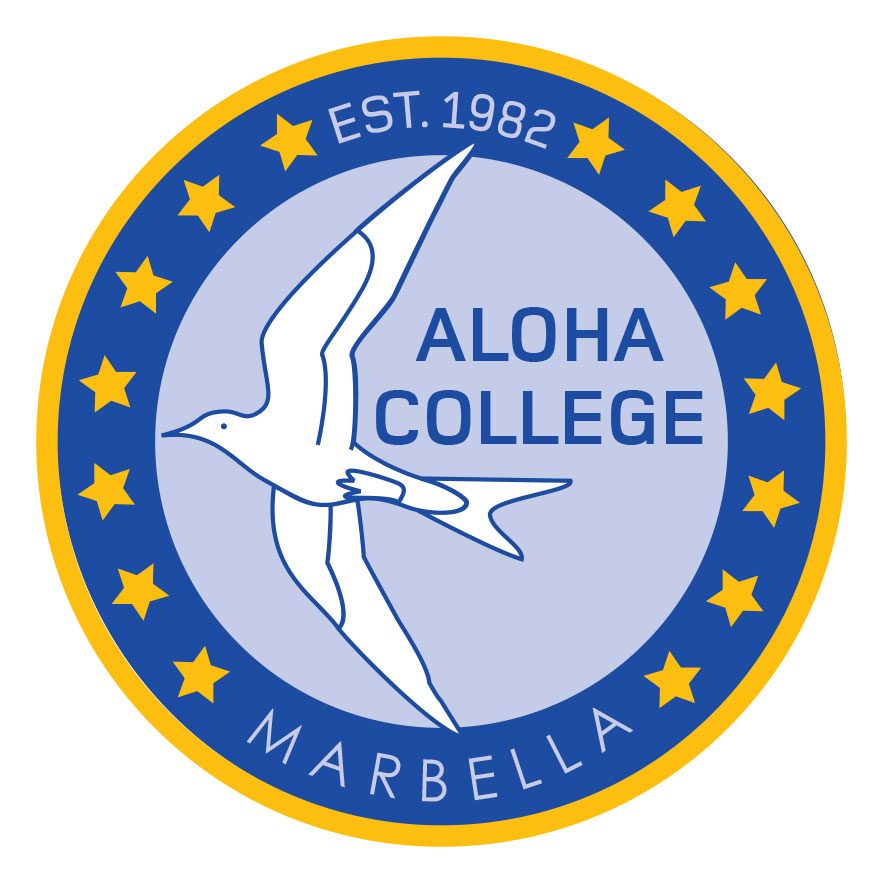 After a visit to the Y13 art exhibition I felt inspired and amazed by the spectacular yet diverse artworks produced by three talented artists who have graduated this year.

The students used a wide variety of media and experimented with exciting materials such as sewing on a pillow case which brings a sense of innovation into the artwork. Furthermore, the layout of the exhibition was a great success since as soon as the visitors step into the exhibition we are immediately attracted by the vibrant colours and the diversified patterns whilst being able to appreciate the works at different angles and even interact with them. The students effectively utilised all the spaces provided by adding easels to create negative space and hanging photos and painting on the wall, allowing them to be fully admired.

In terms of the main themes of this exhibition, all three students started their exploration from the concept of dreams and gradually some have evolved this into emotions and realism whereas others took it further by investigating into deeper topics such terrorism and human anatomy.

My favorite pieces from this exhibition were Sight of abstraction and Fusion, both are composed of vibrant colours. “Sight of abstraction” was created after researching about the different facial expressions and thought process of people during REM sleep, especially those of fear, anger and alarm. Combined with the vivid red background, the painting gives the viewers a sense of chaos and disturbance, conveying the lack of control during our sleeps and this helps in creating a greater sense of realism. On the other hand, “Fusion” is a series of collages created with the help of Photoshop which merges various portraits into irregular backgrounds. The bright tones of the paint are exaggerated to communicate the emphasis of the superposition which resulted in an art piece that is very original and visually attractive. 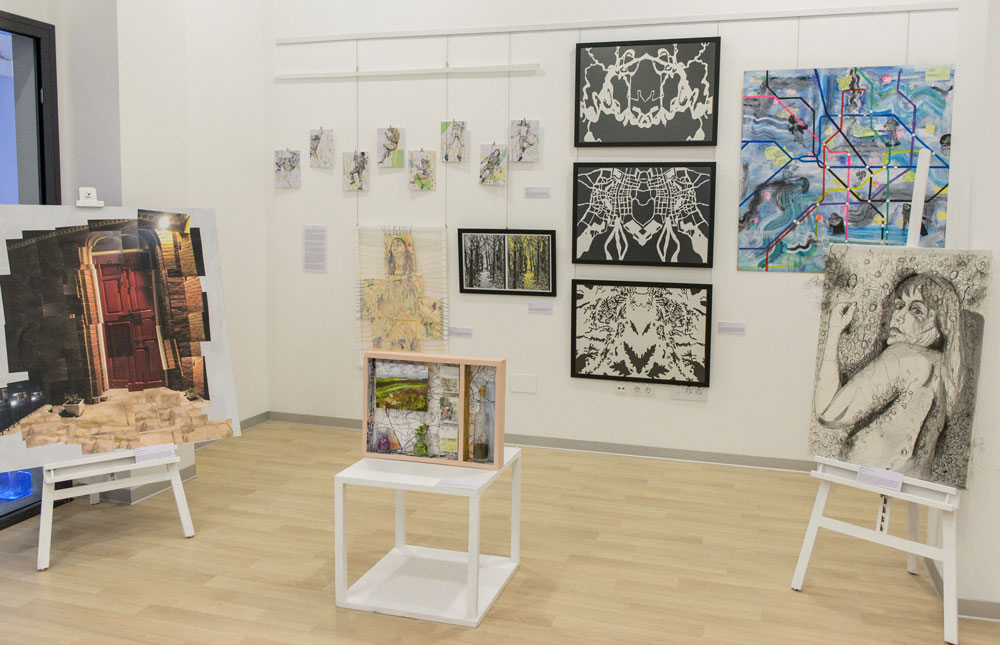 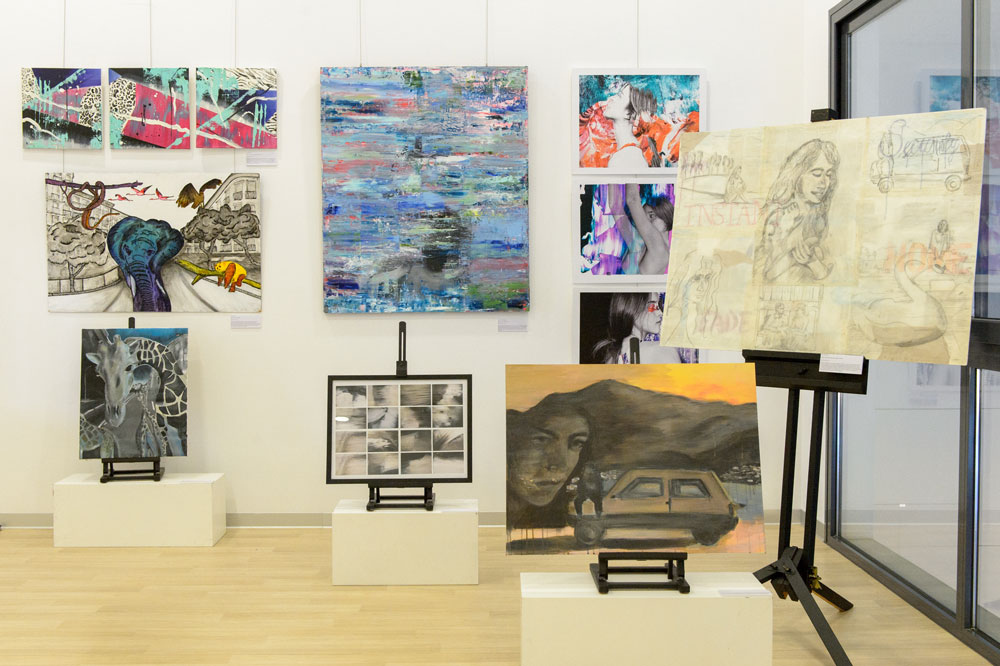 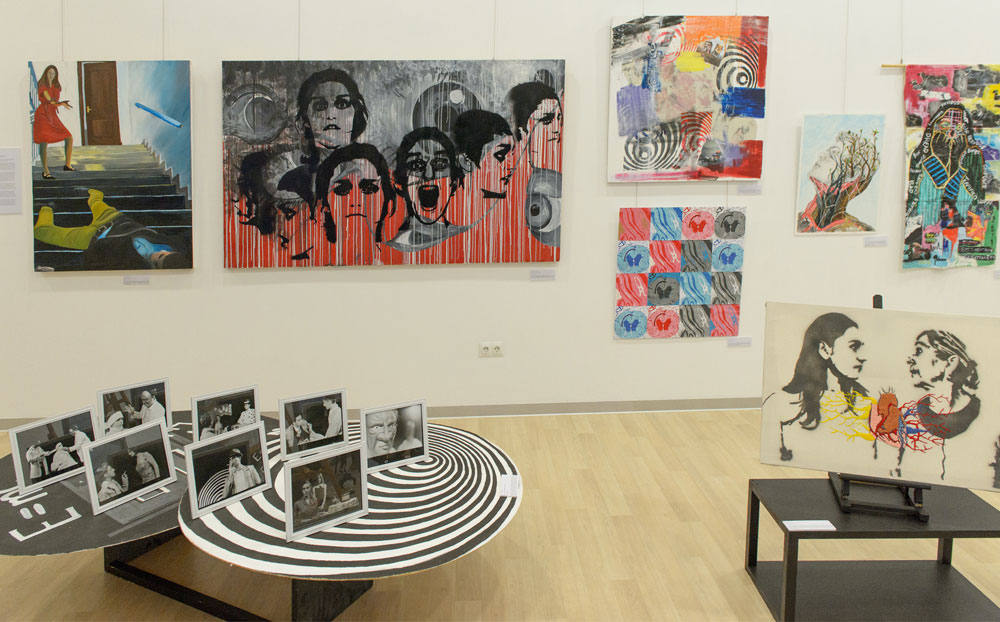